skip to main | skip to sidebar

Posted on March 26, 2009 by Spanish Property News
Filed Under EU reports, Problems, Spanish real estate news
The European Parliament today approved a report slamming Spain for all manner of evils relating to the country’s property sector, including the ‘land grab’ and Ley de Costas scandals that have created so much misery for home owners in Spain.
The report, by Danish MEP (Greens) Margrete Auken, paints a depressing picture of developers and corrupt politicians trampling over private property rights and the environment in pursuit of their own enrichment, whilst the authorities look the other way. This is the 3rd EU report slamming Spain for foul practices in its property sector in almost as many years.

The non-binding report, approved in a plenary vote by 349 in favour, 110 against, and 114 abstentions, lambasts Spain for:
Violating individual property rights by forcing owners to “cede legitimately acquired private property without due process and proper compensation,” and “pay arbitrary costs for unrequested and often unnecessary infrastructure development.” (also known as ‘land grab‘ laws)
Arbitrarily and retroactively using the 1998 Ley de Costas, or Coastal Law, to expropriate coastal property without compensation, and in a way that “impacts disproportionately on individual property owners who should have their rights fully respected” whilst leaving be the “real perpetrators of coastal destruction, who have in many instances been responsible for excessive urban development’s along the coasts, including holiday resorts.”
Pursuing rampant, speculative building programmes with little regard for the environment, the needs of society, or Spain’s cultural heritage.
Encouraging unsustainable macro-urbanisations without sufficient water resources.
Violating EU public procurement procedures
Failing to provide timely and meaningful justice, leading to a “widespread lack of confidence among the petitioners in the Spanish judicial system as an effective means of obtaining redress and justice.”
Allowing corruption to become endemic, as a result of which “the EU citizen is the primary victim, but which has also caused the Spanish State to suffer significant loss.”
Key passages:
“Whereas such considerations compound the abuse which is felt by thousands of EU citizens who, as a result of the plans of the urbanisation agents, have not only lost their legitimately acquired property but have been forced to pay the arbitrary cost of unwanted, often unnecessary and unwarranted infrastructure projects directly affecting their property rights, the end result of which has been financial and emotional catastrophe for many families.
“Whereas many thousands of European citizens have, in different circumstances, bought property in Spain in good faith acting with local lawyers, town planners and architects, only to find later that they have become victims of urbanisation abuse by unscrupulous local authorities and that, as a result, their property faces demolition because their homes have been found to be illegally built and therefore worthless and unsalable.
“Whereas real estate agents in Member States such as the UK, and other providers of services related to the real estate market in Spain, continue to market property in new urbanisations even when they are necessarily aware that there is a clear possibility that the project in question will not be completed or built.
“Whereas the natural Mediterranean island and coastal areas of Spain have suffered extensive destruction in the last decade as cement and concrete have saturated these regions in a way which has affected not only the fragile coastal environment – much of which is nominally protected under the Habitats /Natura 2000 and Birds Directives, such as urbanisations in Cabo de Gata (Almería) and in Murcia – but also the social and cultural activity of many areas, which constitutes a tragic and irretrievable loss to their cultural identity and heritage as well as to their environmental integrity, and all this primarily because of the absence of supra-municipal planning or regional planning guidelines placing reasonable limits on urban growth and development, set on the basis of explicit criteria of environmental sustainability, and because of the greed and speculative behaviour of certain local and regional authorities and members of the construction industry who have succeeded in deriving massive benefits from their activities in this regard, most of which have been exported.
“Whereas this model of growth also has negative consequences for the tourism sector, since it has a devastating impact on quality tourism given that it destroys local values and encourages excessive urban expansion.
Recommendations
By approving the report the European Parliament has called on Spain to tackle the many problems highlighted in the report, starting with a freeze on all contentious housing projects.
“Competent regional authorities should suspend and review all new urbanisation plans which do not respect the strict criteria of environmental sustainability and social responsibility and which do not guarantee respect for the rightful ownership of legitimately acquired property,” says the report, which goes on to call for a halt to “all existing developments where criteria laid down in EU law, notably as regards the award of urbanisation contracts and compliance with provisions relating to water and the environment, have not been respected or applied.”
The report also calls on Spain to compensate individual property owners who are “victims of urbanisation abuse who have suffered as a result of the application of the provisions of existing legislation.” The report also says that people “who have bought property in Spain in good faith, only to find that the transaction has been declared illegal, should have the right to appropriate compensation through the Spanish courts.”
The report also notes that the EU has the power to interrupt or delay structural and cohesion fund payments “in order to persuade a Member State to end serious breaches of the rules and principles,” another way of saying that Spain should be punished financially if it doesn’t address these problems.
The full report can be read here: Report on the impact of extensive urbanisation in Spain on individual rights of European citizens, on the environment and on the application of EU law, based upon petitions received (2008/2248(INI)). and the press release from the European Parliament about today’s vote can be read here

European Parliament votes in favour of the Auken report

From typicallyspanish.com
National
European Parliament votes in favour of the Auken report which calls for EU funds to Spain to be frozen until real estate abuses are corrected
By h.b.Mar 26, 2009 - 1:20 PM
The European Parliament has today approved the Auken Report on real estate abuses in Spain, the report which threatens to freeze all community funds for Spain until such abuses denounced in Brussels by Spanish residents from several E.U. countries are resolved. The decision to cut the funding is however not yet binding despite today’s vote.The vote supporting the Auken report, compiled by the Danish Green Euro M.P., is considered to be an extremely harsh reflection on the town planning situation in Spain.Her report calls for the suspension and revision of all new building projects which do not respect the environment or guarantee the right of ownership. It also demands the halting of developments which have already started if they do not meet current E.U. legislation.The text of the report says that real estate corruption is endemic in Spain, and that responsibility lies at all levels of the administration for the ‘unsustainable development’. It slams the judiciary saying that it is ‘not correctly prepared’ to deal with the problem, saying its rulings in many cases cannot be carried out in a way that compensate the victims of abuse. This has enforced the impression among foreigners in Spain of a lack of action and impartiality of the Spanish justice system.It says there is a lack of ‘clarity, precision and judicial security’ in the current legislation in Spain regarding the right of ownership, and a lack of application and coherent legislation in environmental matters, and this has led to many of the abuses. Lax judicial proceedings have created ‘a form of endemic corruption’, and it notes the ‘greed’ and ‘speculative conduct’ on the part of local authorities.The report singles out Marbella, where it says it is ‘worried about the town planning situation’, where ‘dozens of thousands of homes have been constructed illegally, and which probably infringe community legislation’. It also names developments in environmentally protected areas in Cabo de Gata in Almería and in Murcia.The Auken report also attacks the Ley de Costas, Coastal Law, which it says has to be urgently revised to protect the rights of the legitimate owners of property and those who own small plots of land on the coast which have no negative impact on the coastal environment.
Finally it calls on the Spanish authorities to speed up the justice system and compensate the victims of town planning abuses by applying laws already in force. 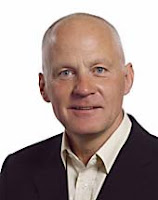 The vote in the European Parliament was 349 in favour, 110 against and 114 abstentions from the Spanish PSOE and PP members.Alternative amendments put forward by both Spanish Socialist and PP members were both defeated.The Socialist amendment did have support from other European Socialists, until the British Euro M.P. Michael Cashman withdrew his support, leading finally to the Socialist amendment also being defeat.
It’s the third time that town planning abuses in Spain have been denounced by the EU, after earlier reports in December 2005 and in June 2007, but the first time that E.U. funding has been threatened to be withdrawn as a result.Read the complete Auken Report - Click here.
Publicado por Plataforma National de Afectados por la Ley de Costas en 2:56 No hay comentarios: